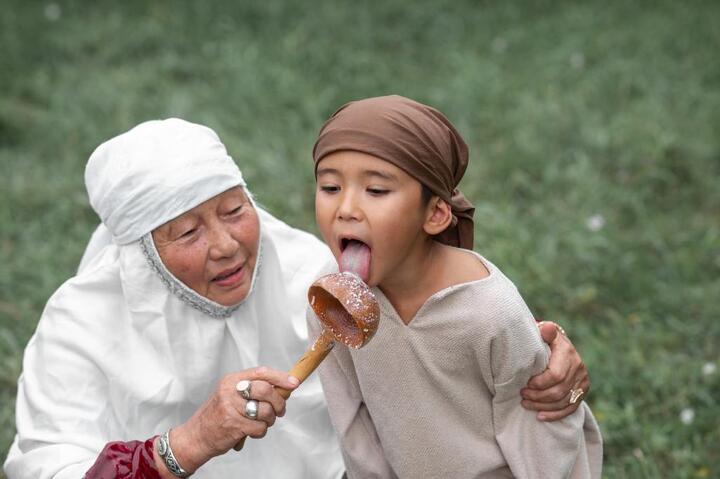 Aigerim Musagazhinova, an ethnographer, has been studying Kazakh cuisine for 13 years. And in 2018, her book “Kazakh cuisine. Tastes. Traditions” was released. The book includes 50 recipes. But in its share – several times. She and her colleagues from the Kazakh Academy of Nutrition traveled throughout Kazakhstan for a whole year, studying cuisines all over the country.

– To date, we have recovered a large number of stringy recipes and cooking techniques – sourdough, steaming and fermentation. We also considered the products used, spices, herbs, etc., – says the scientist. – We prove not only to our compatriots, but to the whole world that Kazakh cuisine is very rich, versatile and, most importantly, has a deep philosophy.

Scientists also studied the nutritional and biological value, calculating calories, the ratio of fats, proteins and carbohydrates, proving that the Kazakh diet is healthy and nutritious.

We focused on regional differences. For example, in the West, our ancestors collected fish bones and dried them with fish oil, making a kind of “gravy cubes”. Then this dry mixture was taken on the road, boiling water was poured – and a rich fish broth was obtained. In Shymkent they prepared dishes from kozykuyryk – white steppe mushrooms and zhantak – walnut – rolls of axes. – We are destroying stereotypes that Kazakhs did not eat berries: in eastern Kazakhstan there is a whole series of Kubershak drinks, when they took cranberries, they added cow or mare’s milk and whisked it very vigorously to make a kind of cocktail. They soldered sick children and the elderly. They used wild garlic – this wild onion was harvested for the winter. Meat cooked on sage leaves. Mountain thyme, oregano and mint are the main herbs that have been widely used in cooking. 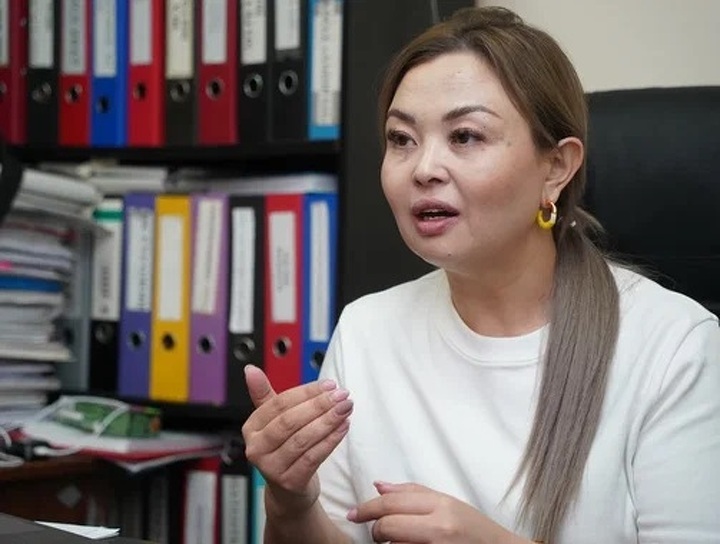 Musagazinova received patents for useful models for her recipes, including the tea card. By the way, “tea ceremonies” among the nomads were mentioned in their notes by famous travelers: Alexei Lyovchin (considered the first geographer of Kazakhstan) and Ivan Andreev, author of a work on the history of the Kazakh people.

“Kazakhs at one time harvested a lot of herbs, and in winter these herbs served as a kind of natural ‘mezim’ – an enzyme for digestion,” Igrim explains. – Lyvchin wrote that the Kazakhs pick some blue flowers in the mountains in the fall. This is mountain cornflower – it enhances the digestion of food.

Zhantak also has useful properties – tea based on camel thorn, which grows everywhere in the western regions of Kazakhstan.

– Camel thorn is a natural antioxidant, restores its strength after drying, generally washes out salts of heavy metals, has a beneficial effect on health – assures the scientist.

– collecting and restoring recipes, dealing with cultural heritage, working hand in hand with science and business, implementing projects in the form of restaurants and cafes, explains Musagazinova. – In particular, I am an ethnographer, I work with cooks, and they have applied my theoretical calculations. Together we give new life to local produce and dishes. One of our successful projects is Sandyk Restaurant, and recently opened Cafe “Tari” (empty millet is fried and crushed).

As Aigerim explains, “Tary” is a new trend aimed at young people, for whom a cup of coffee in the morning is already a tradition. 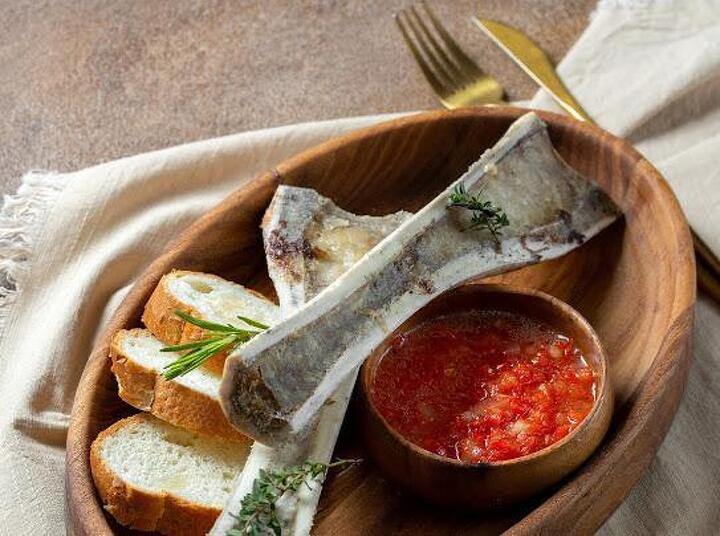 – Tara is a producer who saved the Kazakh people during the years of famine. This is the first gluten-free product, and it does not contain the same gluten as wheat. On the basis of containers, we prepare coffee and make flour for pasta, pizza, burgers, etc. We introduce the modern youth of the domestic product, showing how tasty and cost-effective it is. We want to show that our national products can be not only useful, but also fashionable – says the interviewer. – On the other hand we show the product. For example, we cook kurt in the form of a sauce or combine kurt and ayran and make a dessert similar to ice cream.

Musagazinova added that her group has received 21 patents for millet coffee substitutes, which have the same rich aroma, taste and invigorating effect, but are more beneficial in composition.

– We use herbs such as jide (narrow-leaved sucker), mountain ash, boyarca, asparagus, subject them to various types of frying and get a cold Americano. This coffee can be drunk by diabetics and heart patients. “I’m sure this product will work — because all of this is so embedded in our culture, one might say, on a genetic level,” she says.

Of course, many dishes have disappeared, and many have been transformed. But the memories remained: the taste of butter, the hot bread, the taste of pots fried with milk.

– Porridge on the basis of fried bowls was fed to a woman who gave birth so that the milk could come. They also served tunkarma – fried wheat with the addition of butter, a dessert like halva. The real taste of childhood is misuk, as well as millet grains with milk and butter – says the interlocutor with a smile.

The judgments of Musagazinova were confirmed by the Vice President of the Kazakh Academy of Nutrition Yuri Sinyavsky. 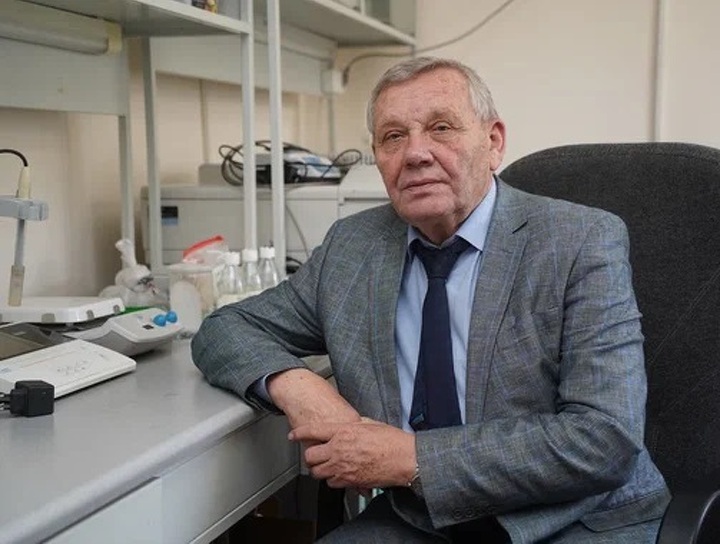 Tar is a rich food product. If we talk about the protein component, then there are about 14% protein, high fat content – 4-5%, carbohydrates 80%, that is, they have a high energy value. A large proportion of very valuable biological vitamins of group B – B1, B2, B6, there are vitamins A, E, a lot of iron, potassium. The scientist noted that these components allow you to balance the diet, make it healthier and more complete.

– Let’s take the barcha – the meat was cut into thin strips, put in a leatherette, poured with cumin and taken with them on the road. Meat was marinated in koumiss, fried and eaten on hot stones,” says Igrim, emphasizing: “fermentation, cooking meat in its own juice, gluten-free nutrition, the predominance of curd products – all these are modern trends in Bedouin culture. 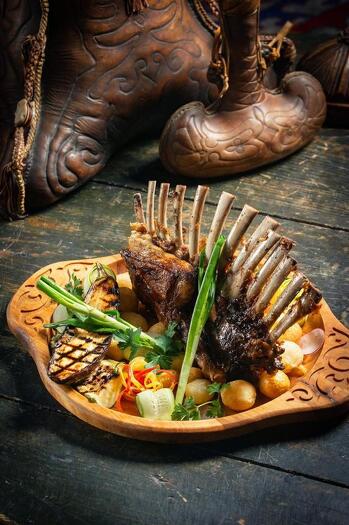 Yuri Sinyavsky agrees that cooking methods made it possible to preserve biologically active substances as much as possible.

– You know that horse meat spoils quickly, it does not even lie in the refrigerator for long. He explained that salting and drying ensures the preservation of meat and gives a special and unique taste to dishes. – Kazakhs did not use smoking much, and rightly – the process itself is not very healthy, and carcinogens – nitrous and nitrosamines – enter the product. or katirma – bread made on water without yeast, then dried, bagged and stored for up to six months. Then steep in a cup of tea or water.

– And they also took with them a small powder, like a powder, malta-curt, and it was crumbled into boiling water, and pieces of Katerma were added there, and it turned out to be a rich “soup”. After breakfast with such zhұқpa sorpa, as it was called in the south, you can not eat anything until evening, – adds Aigerim to his fellow.

Asian peoples are characterized by a lactase deficiency, Sinyavsky notes, which is an intolerance to lactose, including cow’s milk. But the fermentation processes in the preparation of koumiss and soups reduce the amount of lactose and reduce the risk of negative effects.

Fermentation and fermentation not only extend the shelf life of the product, but also increase its biological value. Sinyavsky adds that lactic acid bacteria, microbial lipopolysaccharides act as powerful immune agents, increasing the body’s defenses. The Kazakhs even cured the infection with fermented dairy products.

Such dishes were prepared in the spring, as the ethnographer continues, and there were three types: one that cared for the health of the family, the second cared for the elderly, and the third cared for healthy offspring. The health of the clan was taken care of by the first skin: from all families they collected everything that was left after winter – wheat, meat, etc., and cooked in a large cauldron, a rich stew was obtained. For the elderly, they experienced the first spring weed omyrtka – the last vertebra of cattle. 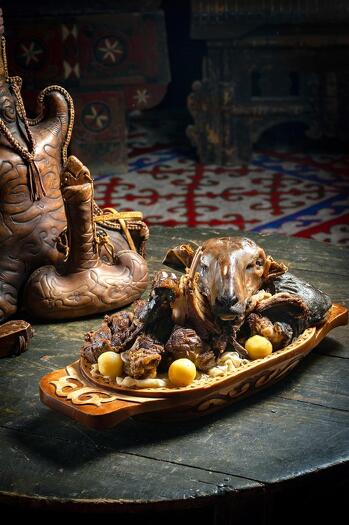 – on a large plate – tobacco – they put omyrtka, irimshik, uyz – cheese from colostrum and zharma kurt – this is a kurt, which was harvested for the winter, large pieces of fatty soft cheese inside. This tobacco was presented to the elderly with the phrase “Let your backs rise from the long winter,” explained Igerim. – Women fed their men with the third dish so that they would be able to bear offspring even at the age of 60-70 years. Pieces of horse meat preserved from the fall – the corners were dried in the sun, smoked over birch coals, because birch wood has bactericidal properties, then it is boiled for a long time in cow colostrum.

But among the Kazakhs, the guest is the most important person at the table. The guest was attending what is now called a spearmack.

– In general, bisparmak is a tradition of customs and traditions, tartu is a serving of meat on a plate, in which juice appeared much later. There are many types: syy tabak, kuda tabak, zholdas tabak, kuyeu tabak, kelin tabak, each of them has its own meaning – respect for guests and new family members. Why is this dish called sabremak? At least five people gathered at the round table, and they all took meat from one plate (parmak – thumb). The essence of this dish is union and the establishment of relations: with matchmakers (құdalar), daughter-in-law, and friends. Perhaps that is the reason why Kazakhs have no divorce cases.

– I consider Besparmak to be a very balanced product, it contains few indigestible components, – adds Yuri Sinyavsky to his colleague. – In different regions, potatoes are added to it, somewhere they are made on the basis of fish. Horse meat has a high content of polyunsaturated fatty acids, a high content of available proteins – albumin, globulin. In general, Kazakh cuisine is diverse and complete from the point of view of nutritional and biological value. Many dishes complement each other, and there is a huge selection of meat, dairy and flour products. It is a pity that young people forget about this kitchen. If sometimes these traditional dishes, it will enrich our culture and give young people a chance to go back to their roots.